Coral Bay is a small settlement that lies protected from the Indian ocean by the World Heritage listed Ningaloo reef. It is Australia's only fringing reef . In contrast to Australia's great barrier reef, the coral starts right at the water's edge. The fish and the coral are very accessible to all including small children. Fish and coral can be experienced either snorkelling or on one of the Coral viewing boats. It is about 50 km to the North of the tropic of Capricorn, some 150 km south of Exmouth in Western Australia. The weather is mild, without the humidity that is often associated with tropical climates. Coral Bay is a much loved holiday destination by Western Australians together with some overseas backpackers. 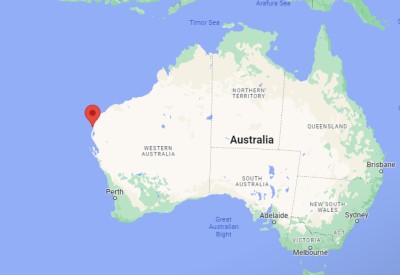 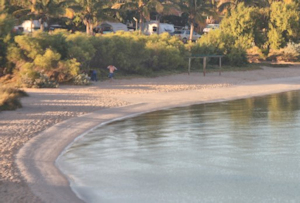 The water at the eastern end of the beach is shallow and protected, a great place children to play with parents looking on.
Meanwhile the coral - shown here as the darker area in the water - extends from the edge of the beach to the outer reef.
Perfect for snorkelling as well as lazy viewing from the glass bottom boats.

Places to stay include the Ningaloo Reef Resort Hotel, two caravan parks, Peoples Park nearer the beach and Bayview Coral Bay  both of which have a varietey of accomodation options in addition to camp and caravan sites. Additionally there are some 21 houses available to rent.

Some houses are available for short term holiday rentals. They are often booked well ahead for the school holidays.

A few of the things to do in and around Coral Bay
Coral Bay  beaches are protected by the outer reef, the water is calm, the sand inviting and the coral by and large immeadiately off the beach. There are a varitey of tours offerred including whale shark and Manta watching tours, diving, sailing, quad bikes and Polaris 4wd tours, kayaking and Stand Up board hires. 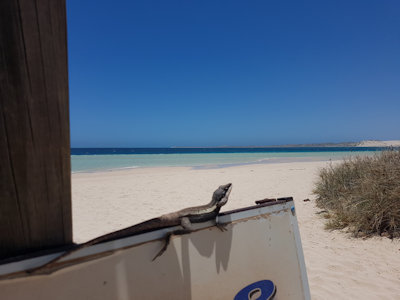 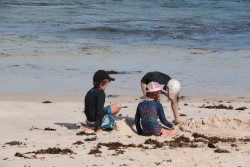 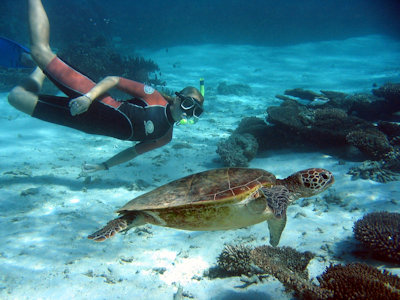 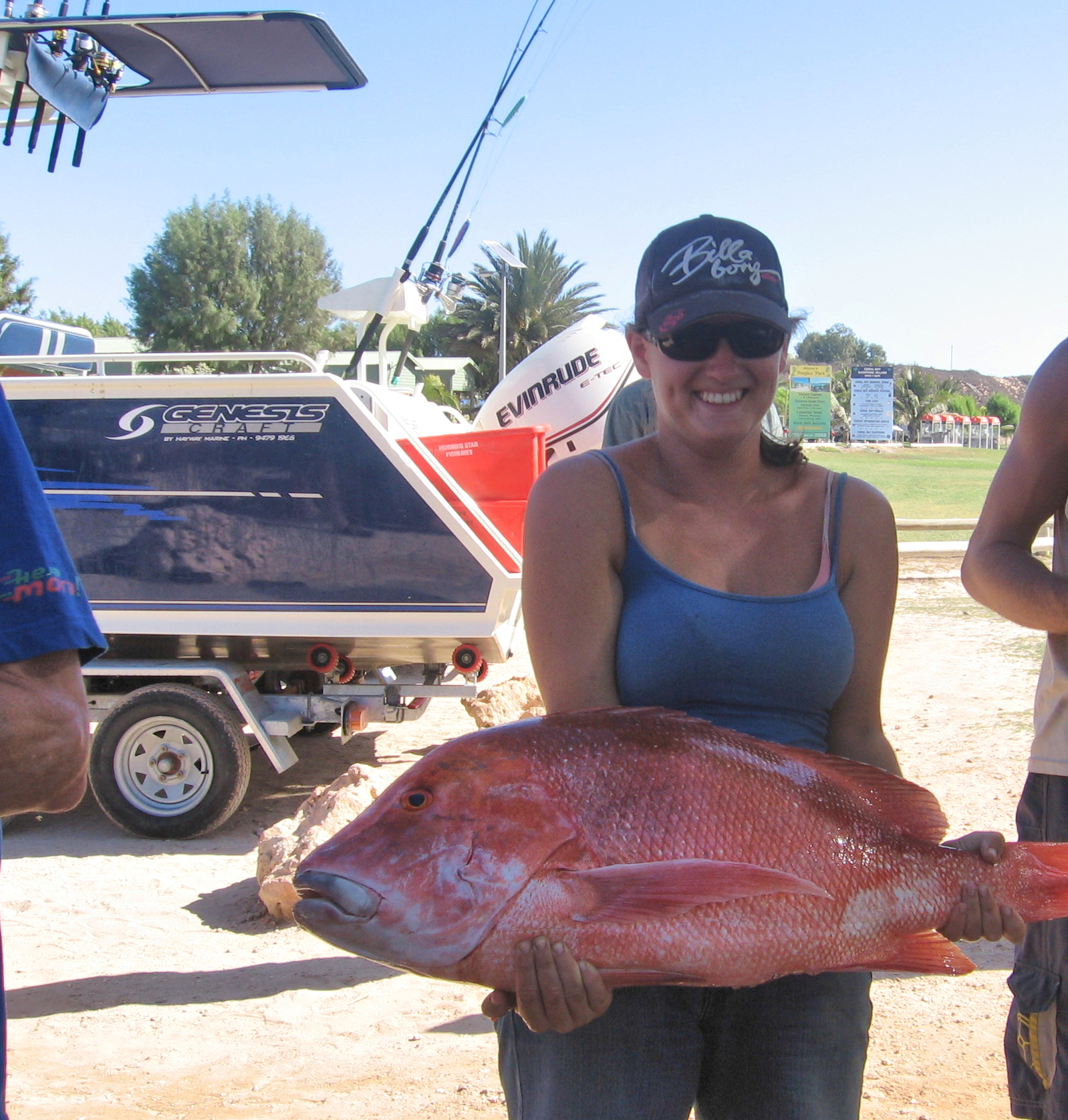 Fishing - either charter, own boat or off the beach 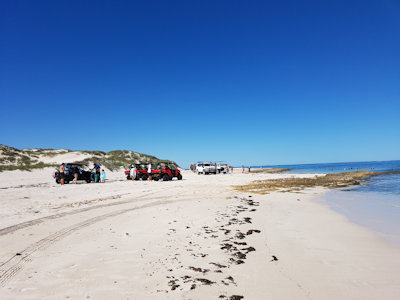 Quad bike and Polaris 4wd Tours daily, destination dependent on season
Check the Photo Gallery for Coral Bay pictures. Particularly the underwater ones taken by Marianna Tombini whilst working with the Ningaloo Reef Dive and who as kindly let us use her photos

You won't often see a kangaroo in the water but this one is special.
Click the picture for the full story

Whale sharks come to the area between March and June. The largest fish in the world, they can grow to 14 meters in length They are filter feeders that live off plankton and Krill and thus are entirely safe to swim with. From the months of June to October this area of the coast sees the migration of the  Humpback Whales

Turtle nesting occurs on local beaches between November and February. The Green, Loggerhead and Hawkesville turtles are often seen in the shallows and by the reef as part of one of the many tours operated locally.

At the end of the day
For the evening there are two small restaurants, Fins and the Reef Cafe, as well as dining at Bill's Tavern and at the hotel, Sails, where meals are served in an alfresco setting. Bill's Tavern and the Ningaloo Reef Hotel offer in house and take away alcohols sales and service